x Thank you for submitting an inquiry. We will get back to you as soon as we can.
x

Towering spires, thick stone walls and dramatic settings - whatever pops into your mind when you imagine a castle, you'll find it in Scotland. From magnificent city landmarks to mysterious ruins, Scotland is bursting with fascinating castles to visit.

Our castles are windows into the past. These amazing structures are scattered across the land, ranging from fascinating ruins to well-preserved gems. See a variety of different castles and get a vivid picture of Scotland from centuries ago to today.

Some of Scotland's castles date as far back as the 13th century. Crumbling ruins tell us tales of intense clan rivalries and invasions from near and far, each providing a little insight into Scottish life way back when.

Many of Scotland's most famous castles were built in the Medieval period or late Middle Ages. A few castles remain unchanged since those days, whilst others have been modernised and re-designed. You might spot some similarities between the castles with features such as tower houses, defensive ditches and stone walls frequently used in their designs. However, all Scottish castles are unique and were built depending on wealth and status at the time.

You don't have to be an avid castle hunter to know some of these famous fortresses. Some have provided the backdrops for bloody battles or famous films, a handful are still frequented by Royals and the odd few are still used as family homes, with a Duke or Duchess still residing, and all of them are nothing short of awe-inspiring. 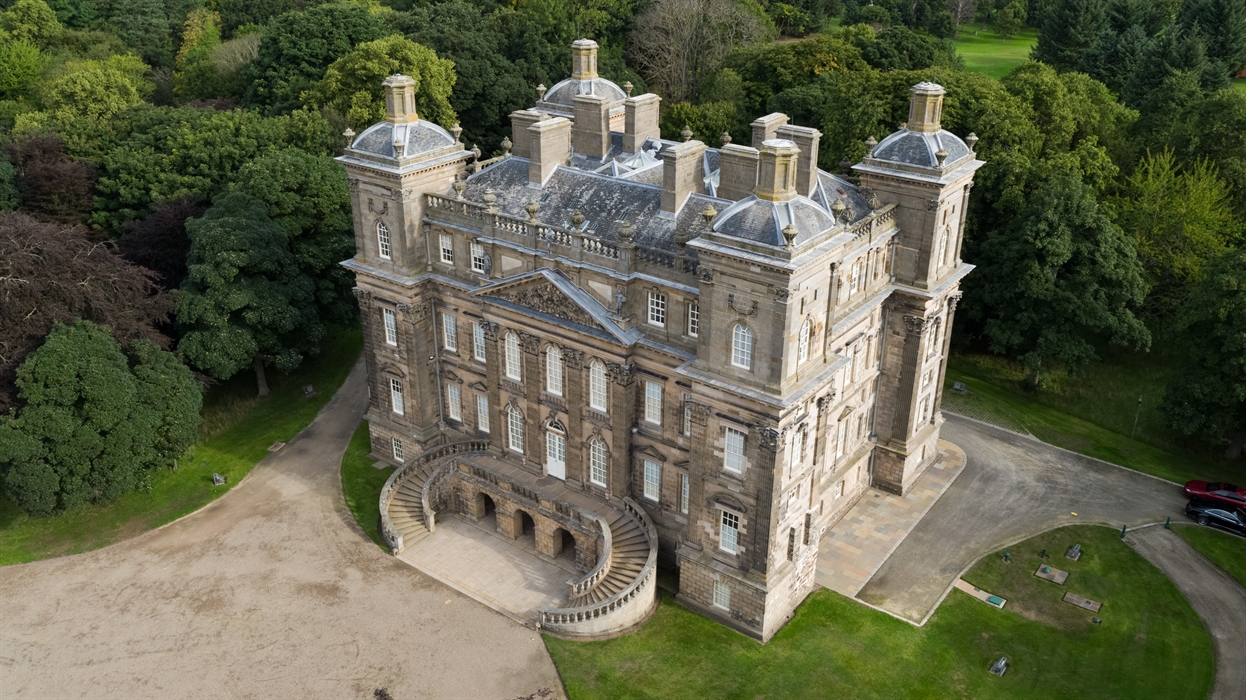 Located in Banff, Duff House was designed by Scottish architect William Adam in the 18th century. In the house you can find a stunning collection of paintings and furniture, and there are plenty of walking opportunities in the parkland of the surrounding area. 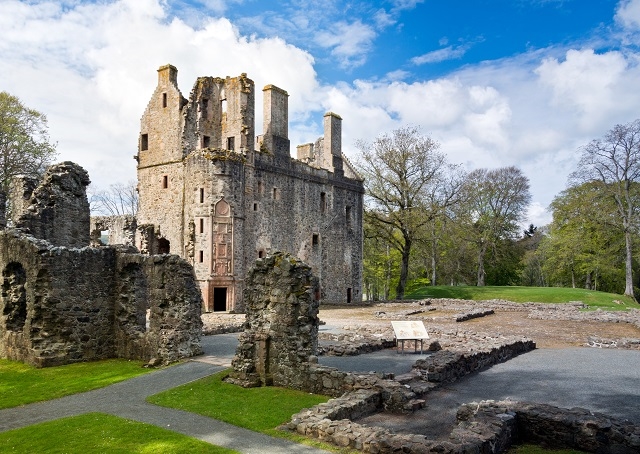 Huntly Castle served as a baronial residence for the Gordons for five centuries and is remarkable for its impressive architectural features including fine heraldic sculpture and inscribed stone friezes.

Lunch - We will stop at a local establishment for something to eat. 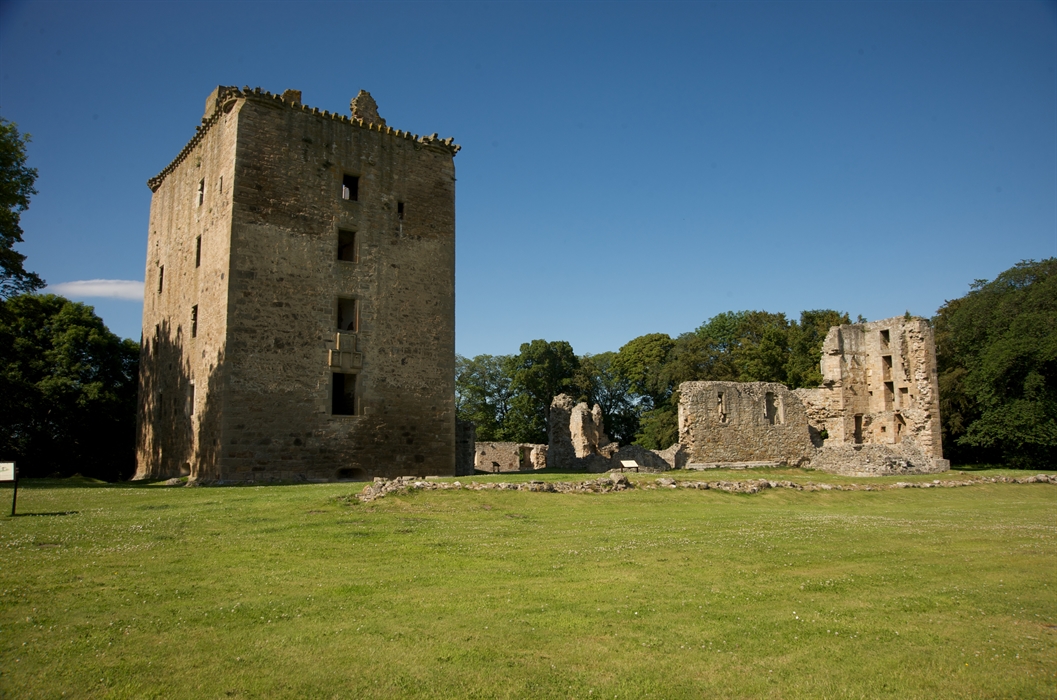 Spynie Palace, a few miles outside Elgin, was the residence of the bishops of Moray for 500 years and its mighty tower house, David's Tower, was one of the largest in Scotland. It also had a bowling green and reputedly, according to one account, a tennis court. The beautiful surroundings and wildlife make the palace a wonderful place to visit. 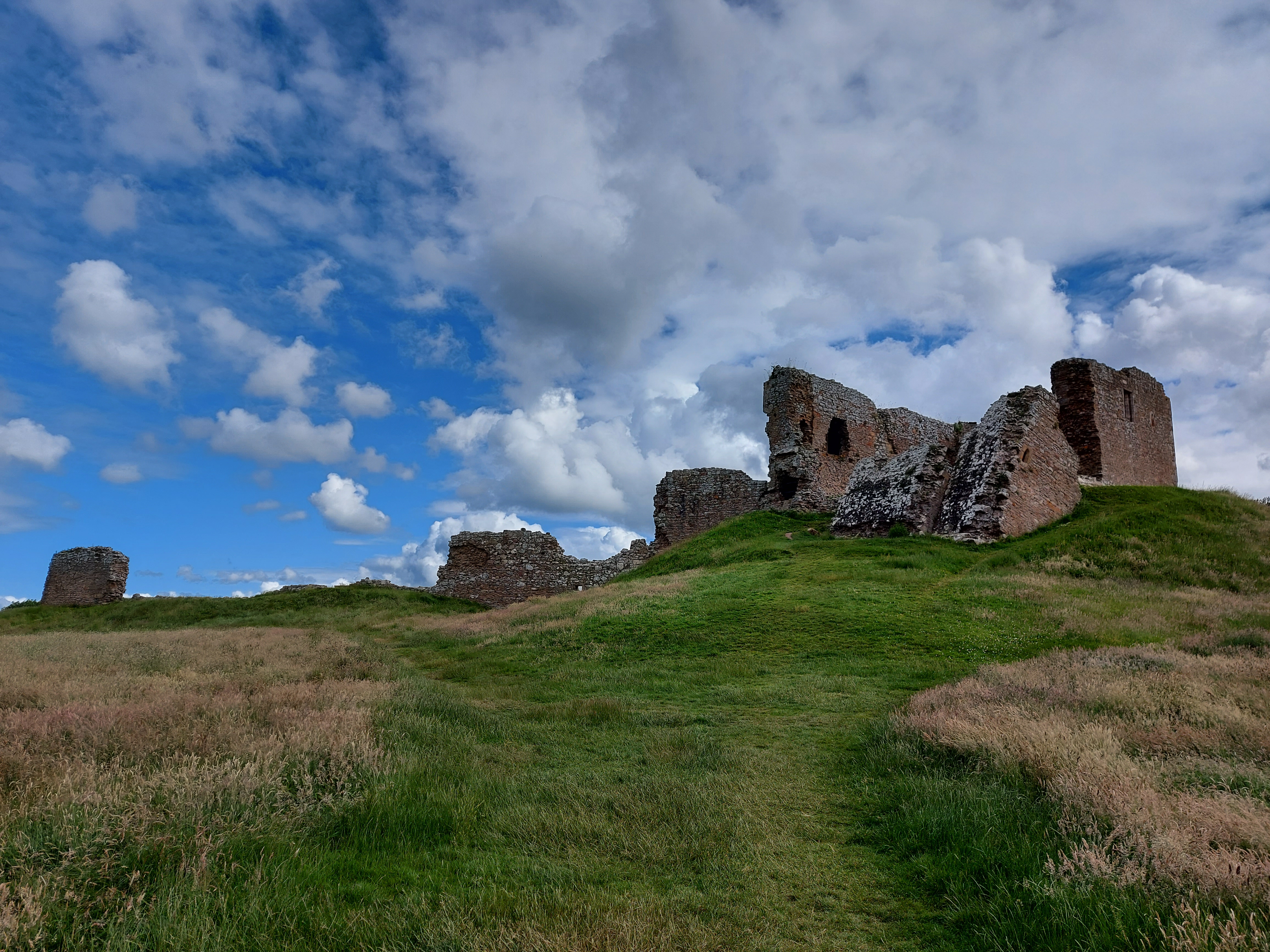 Duffus Castle was a fortress–residence for more than 500 years, from the 1100s to the 1700s and it was one of the strongest castles in Scotland. The stone castle we see today was built in the 1300s, replacing an earlier timber fortress. Abandoned in 1705, its ruins today are impressive and boasts beautiful views from the top of the hill. 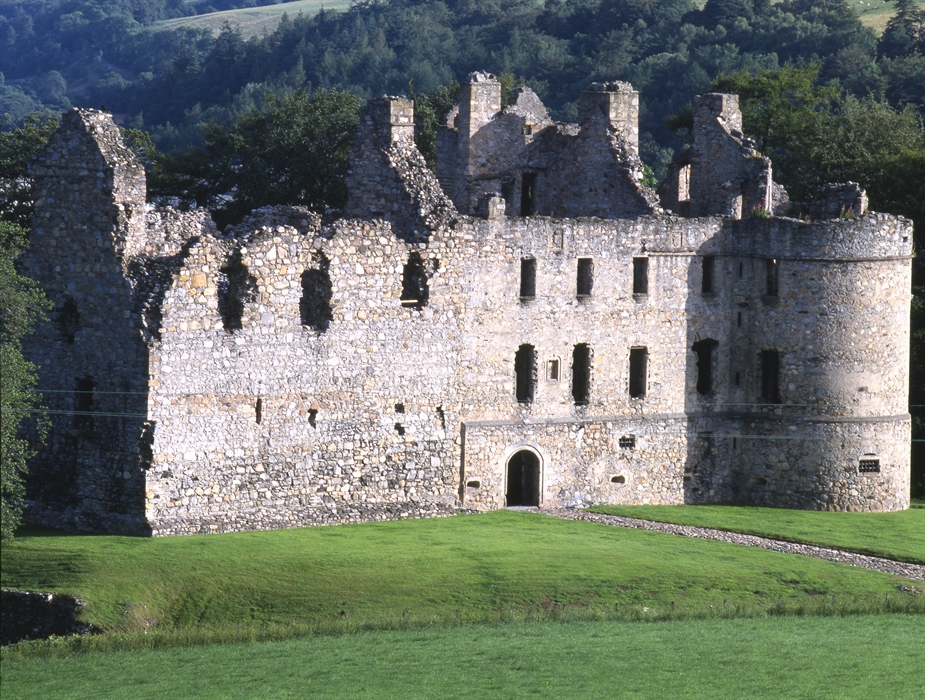 Almost 15 miles west of Huntly on the A920, Balvenie Castle is one of the oldest stone castles in Scotland. Originally the seat of the powerful Comyn Earls of Buchan, it later became the home of John Stewart, Earl of Atholl. The Stewarts changed the formidable medieval stronghold into a pleasing Renaissance residence.

Check availability and book this tour

Tour to Ullapool and Gairloch

Tour to Isle of Skye

This website uses cookies to improve your experience while you navigate through the website. Out of these cookies, the cookies that are categorized as necessary are stored on your browser as they are essential for the working of basic functionalities of the website. We also use third-party cookies that help us analyze and understand how you use this website. These cookies will be stored in your browser only with your consent. You also have the option to opt-out of these cookies. But opting out of some of these cookies may have an effect on your browsing experience.
Necessary Always Enabled
Necessary cookies are absolutely essential for the website to function properly. This category only includes cookies that ensures basic functionalities and security features of the website. These cookies do not store any personal information.
Functional
Functional cookies help to perform certain functionalities like sharing the content of the website on social media platforms, collect feedbacks, and other third-party features.
Performance
Performance cookies are used to understand and analyze the key performance indexes of the website which helps in delivering a better user experience for the visitors.
Analytics
Analytical cookies are used to understand how visitors interact with the website. These cookies help provide information on metrics the number of visitors, bounce rate, traffic source, etc.
Advertisement
Advertisement cookies are used to provide visitors with relevant ads and marketing campaigns. These cookies track visitors across websites and collect information to provide customized ads.
Others
Other uncategorized cookies are those that are being analyzed and have not been classified into a category as yet.
SAVE & ACCEPT
Powered by

Taxi and Private Hire Vehicle operators may have put in place new measures to help with physical distancing. You may wish to confirm payment arrangements to avoid, if possible, cash transactions. We recommend before starting your journey you wash or sanitize your hands.

You should wear a face-covering* unless you are not required by law.  See further Scottish Government guidance on face-covering and exemptions.

You should also be aware of the surfaces, like door handles, you or others touch.

Be considerate to your driver by taking all your belongings and rubbish when leaving the vehicle.

* Subject to the latest guidance from the Scottish Government.

When finishing your journey, you should deposit any of your used tissues or rubbish in bins. We recommend you wash or sanitize your hands (and children’s hands if you are travelling with them) as soon as possible.

The vehicle is cleaned after every trip and is sprayed with an antibacterial disinfectant spray. This includes the door handle, seats, and seat belts. A deep clean is done regularly.